Should you beg and plead with your ex to take you back after a breakup? Absolutely not! In this video, breakup coach and author of the “Ex Factor Guide”, Brad Browning explains why it’s so much more effective to do the exact opposite in order to get your ex back.

When your ex decided to break up with you, he had total control over the situation while you were left feeling powerless. To get your ex to give your relationship a second chance, you need to shift the power back into your control.

Instead of you doing the pursuing, get your ex to chase after you by doing these three things:

1. You’re going to turn the tables

Rather than badgering your ex non-stop, do a complete turnabout and disappear from his life. Cut of all forms of communication for at least 30 days.

Referred to as the “no contact” period, it’s meant to surprise your ex by doing exactly the opposite of what he expected you to do. He believed you are desperate to get back together but here you are showing him you’re not, and that you are in fact fine with moving on.

This may not be how you feel but it doesn’t matter. What’s important is that your ex thinks that you are ok without him in your life.

Your ex may have indicated during breakup that he wants to remain friends. What he actually meant by this is that he needs you to be his Plan B. That is, if the single life doesn't work out for him, you are conveniently there as his safety net.

Shifting back power into your favor means you need to stop being your ex’s Plan B. He needs to choose to either be in a romantic relationship with you or not have you in his life at all.

3. You’re going to make him chase you.

If you’ve done steps one and two correctly, your ex will gradually stop thinking about you and the breakup in a bad light. He will start missing you as feelings of longing and nostalgia become harder to fight and pleasant memories crop up to replace the negative ones.

As your ex begins to have second thoughts about the breakup, he will eventually show interest to talk to you. Once that happens, keep your cool. While you should not decline to hang out with him if he wants to, don't appear too eager. You’ve just gained control over the situation and you can’t let that go just yet.

Brad Browning is a relationship coach and breakup expert from Vancouver, Canada. For the past decade, Brad has worked with thousands of men and women around the world, helping to reverse breakups and mend broken relationships.

Brad is author of the best-selling Ex Factor Guide program, which teaches readers how to get their ex back. He also offers personal coaching to a limited number of clients, guiding them through the process of winning back an ex or recovering from a difficult breakup. 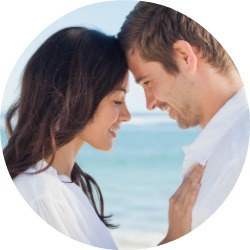 Want To Get Your Ex Back?

Renowned relationship expert reveals 3 powerful psychological loopholes you can use right now to make your ex come crawling back to you... Watch Now →

6 Incredibly Effective Ways To Impress Your Ex + Attract Him Back

How To Get Your Ex Back Using the Seed Letter Technique

5 Golden Rules To Obey If You Want Your Ex Back

Should You Initiate Contact With the Ex that Dumped You?

What To Do If Ex Ignores You (And Why They’re Ignoring You!)

What to Do If Your Ex Blocks You on Facebook

Should I Apologize To My Ex Or Let It Go? [When I Want To Get Back With Him]

Is Writing a Letter To An Ex a Good Idea? [Especially When You Want Your Ex Back]

My Ex Is Sending Me Mixed Signals and Driving Me Crazy: What Should I Do To Get My Ex Back?

What Does It Mean To Take Things Slow With an Ex: Here’s Exactly What It Means + Why It’s Important

My Ex Broke Up With Me Because He Needed Space: What Should I Do?

When Is It Bad To Ignore Your Ex? Exceptions To The ‘No Contact’ Rule

Begged and Pleaded With Your Ex Already? How to Salvage Your Situation + Get Your Ex Back

What Your Ex Means When They Said “It’s Me, Not You”… (Or Any Common Breakup Excuse)

8 Unmistakable Signs Your Ex (Secretly) Wants You Back

Did You Make These Mistakes After No Contact? Here is How To Fix it and Get Your Ex Back