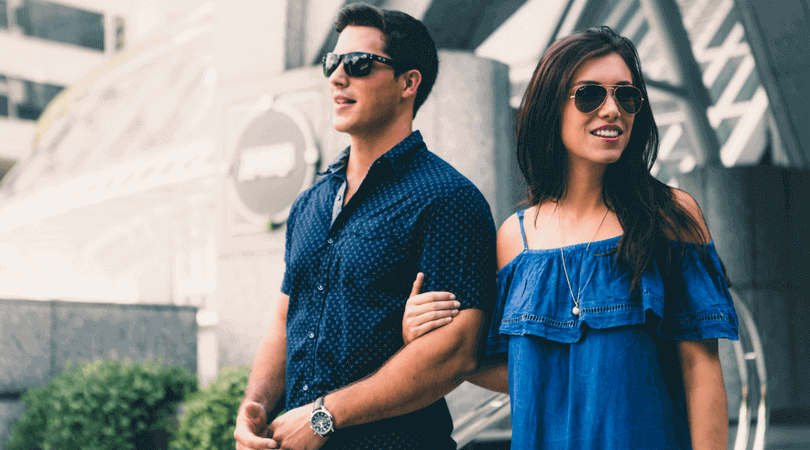 # Be honest with what you are seeing

How do we know what’s going on in somebody else’s head?

It would be nice if they would tell us, but absent that information you only have yourself to rely on.  If you’re honest with yourself, you probably know whether someone is serious or just playing around.  It’s the not wanting to know that usually gets us in trouble.

Ultimately it doesn’t really matter what somebody else’s agenda is.

What matters is that the relationship is more or less meeting your needs.  You know what you think or feel.  Even if you’re confused or have mixed feelings, you can trust that you’re trying to be honest with yourself.  I think people spend too much time trying to figure out the other person.  That time could be better spent figuring out yourself.  Am I happy?  Is the relationship growing?  Do I feel respected?  Do I feel that I am doing more than my share?

If you are asking if he’s only interested in the chase, you probably already have some reasons to suspect him.

Be honest with what you are seeing.  Don’t talk yourself out of your perceptions in order to keep the relationship and don’t let him talk you out of them either. Tell him what you are feeling and see what he has to say.

If he’s open you may be able to figure out together what needs to change.  He may not be as interested as you are in a relationship, or he may just be kind of a jerk.  Either way, let him go.

# Being a chaser has nothing to do with a man’s age, but more to do with his personality

Men are wired differently than women.

It goes back to our hunting and gathering days, when women tended the home, gathering vegetables and men hunted the large game to bring back to the clan.  Men like the chase and when they see their victim, they enjoy pursuing it until they capture their prize and are feeling a sense of accomplishment.

It’s part of their DNA, and from an evolutionary perspective, the pursuit releases dopamine, the feel-good chemical that many men thrive for.  It’s the uncertainty and mystery that is attractive and the fact that the outcome is worth the effort.

Monogamy is not for everyone.

For some men, chasing a woman is like a drug, it’s their high and then they move on to conquer their next romantic interest. They avoid creating a stale and monotonous relationship by keeping things fresh and new. For many other men, they like to know if the woman is interested and have no desire to play the hard-to-get-game.

How do you know if the guy you’re seeing likes to chase?

Being a chaser has nothing to do with a man’s age, but more to do with his personality.

Does he brag about all the women he’s seen in his past?  Does he look like he has a roving eye while talking with you?  Does he talk mostly about himself with little interest in who you are?

Does he say he’ll call and then doesn’t?  These are a few hints that he may be a chaser, more interested in his conquests than an actual relationship.

So what can you do?

Communicate honestly to find out your partner’s wants, needs, values, priorities, and goals.

Is it in alignment with your vision for your future? If it’s not, then you’ll know that this relationship isn’t right and you can move on to find your Mr. Right.

Get Him To Commit By Walking Away? – 6 Relationship Experts Share Must-Know Tips + Insights

Does Silence Make a Man Miss You? Here’s the Surprising Answer To the Question

5 Signs That a Man Wants Something Serious With You

How To Get a Man To Commit After Sleeping With Him

Did You Sleep With Him Too Soon? Here Are 3 Signs That Can Help You Find Out

Why Can’t I Find a Man Who Truly Loves Me?- Relationship Expert Shares a Little-Known Reason Why Women Struggle To Find Love

What to Do When A Man Is Distant Or Shut Down

The Boyfriend Test – Is He Right For You? Here Are the Things To Consider

Why Men Pull Away In the Early Stages of Dating

Signs That Your Guy Friend Really Wants to Be Your Boyfriend

5 Proven Ways To Make Him Chase You After Sex

Why Do Some Men Show Interest Then Get Distant? – Here’s Why Men Pull Away After Getting Close

Is He Emotionally Unavailable Or Just Holding Back? Here’s Exactly How To Find Out

He Pulled Away and Then Came Back? (Here’s the Perfect Way To Handle the Situation)

Am I Needy Or Is He Emotionally Unavailable?

He’s Not Ready For a Relationship? Say THIS to Him and Watch Him How He Changes His Mind

Can My Live-In Relationship With My Boyfriend Turn Into Marriage?